New area boss "Caliente" and "Dilitherio" are added with the update on April 24! 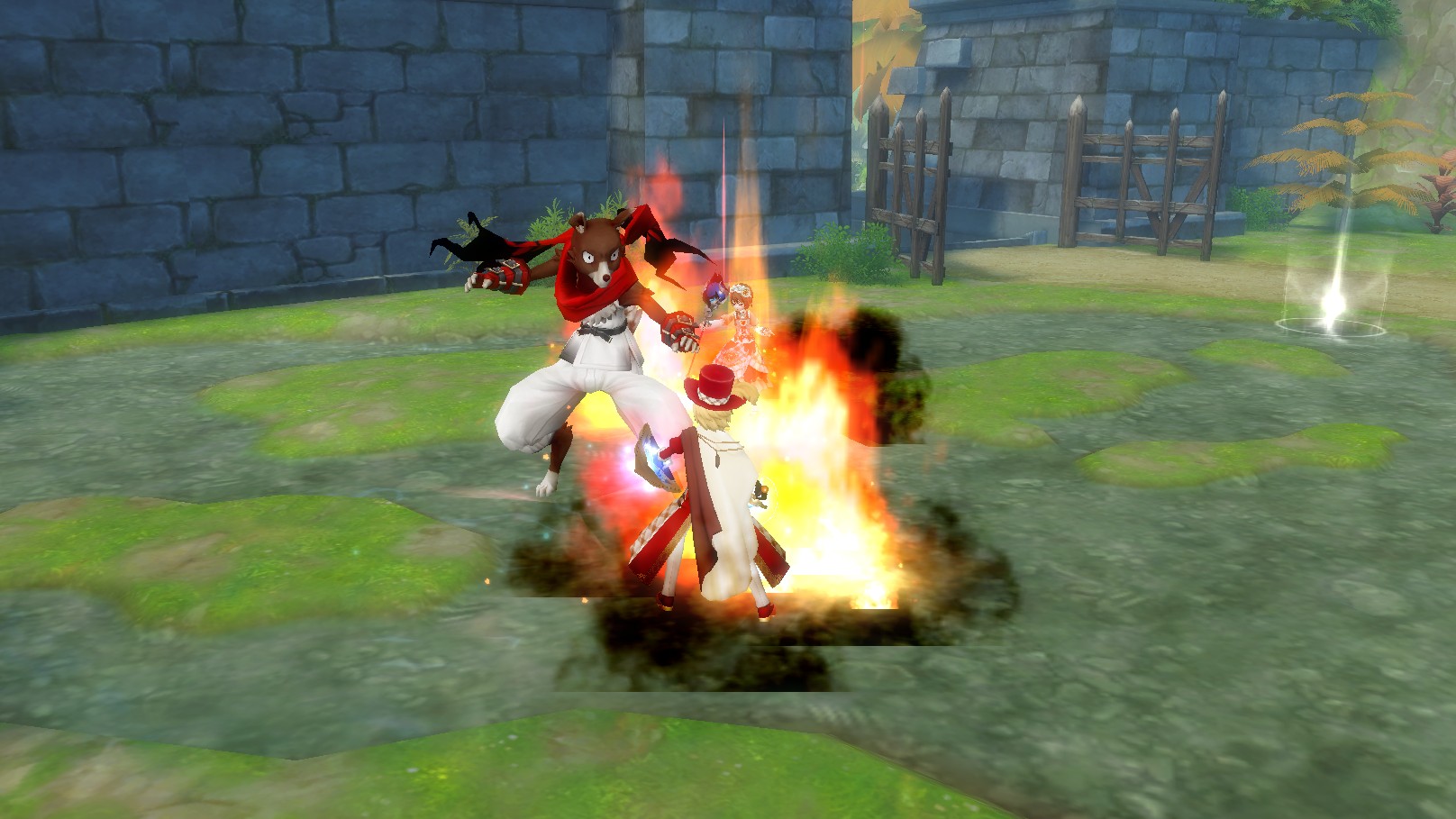 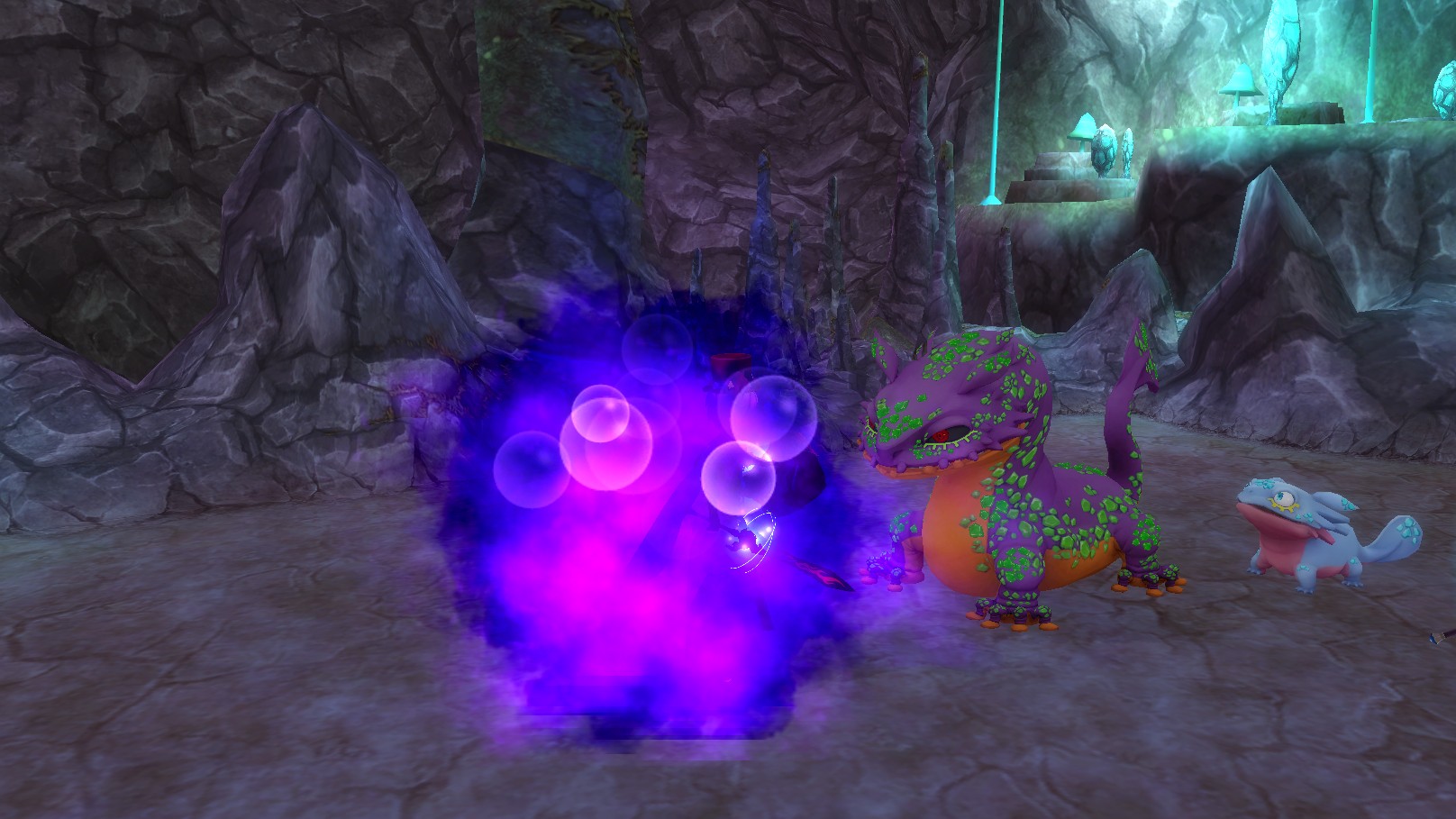 You can create awakened UR Ousia series weapons by collecting material that you can get when defeating "Caliente" and "Dilitherio"! 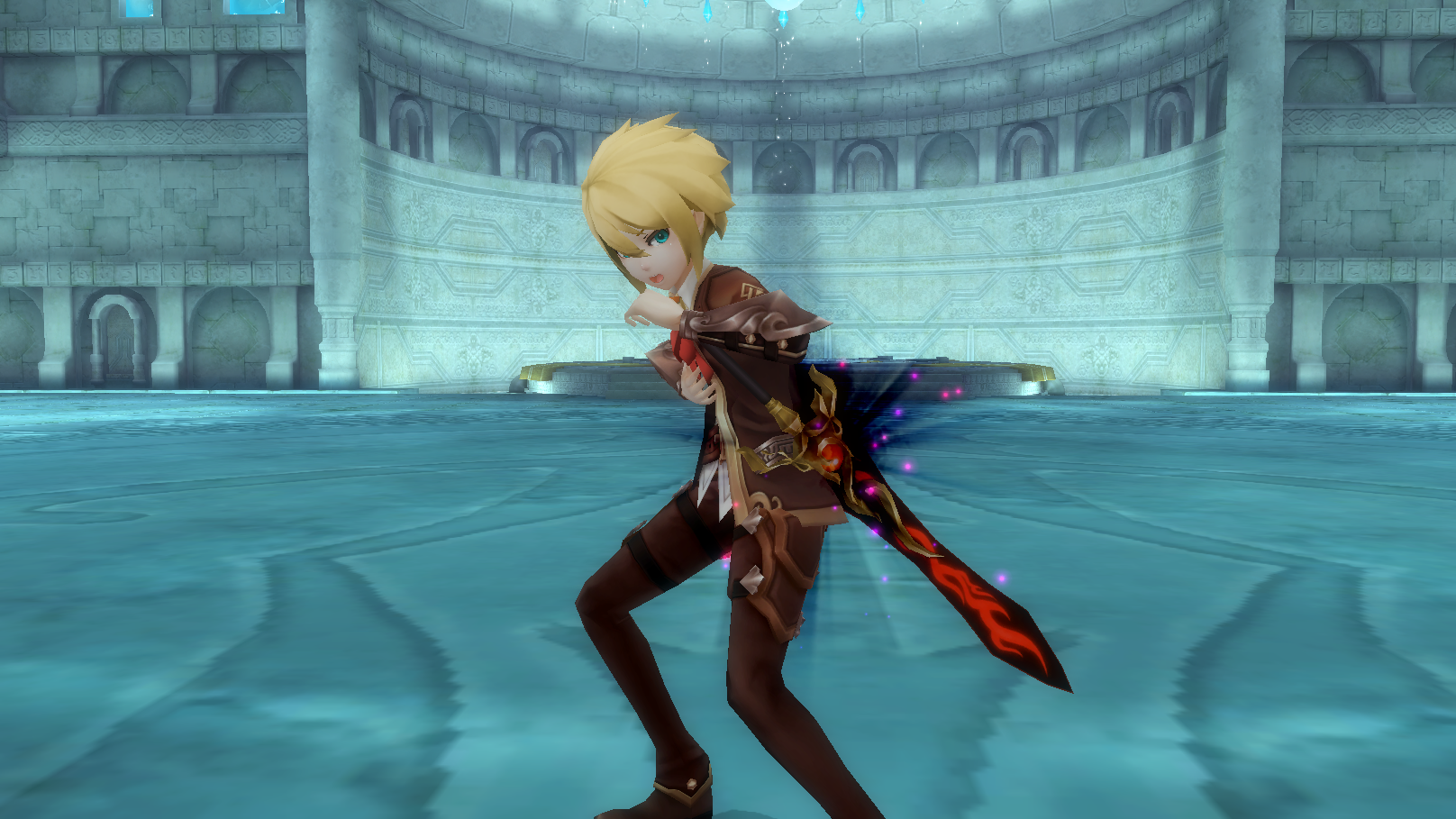 Once you enter the matching area, you will be able to fight that map's Area Boss.
You can also participate via a one-time Party or from the taverns in each country. (※The boss will be random when participating from a tavern)
※Due to the effect of Main Quest, you cannot fight Dilitherio of Monster Lake from Tavern.[Update (JST)5/8]

The Area Bosses for each map are as following.[Update (JST)4/26]

※The new Area Bosses are on the same difficulty level as Ocypete and Duroc.

How can you fight the Area Bosses then?

There are some conditions.

※ Please note that if you transfer to a different map after entering the map where you did the matching, your ticket will be consumed but you will not be able to fight the Area Boss.

What are the benefits of joining?

Area Bosses are extremely strong monsters, so make sure you have prepared well to challenge them!

It will be random from which tavern you can request for which Area Boss.

What are effective weapons against Area Bosses? 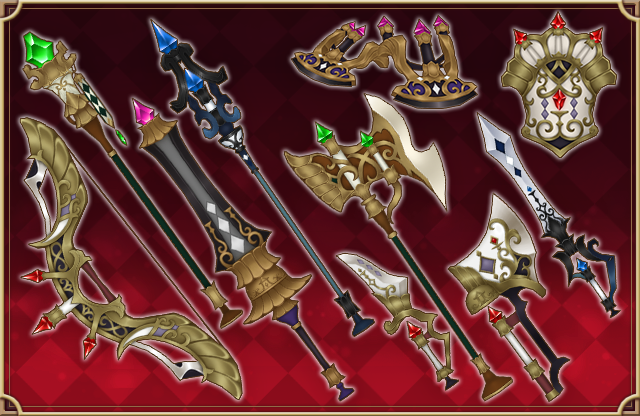 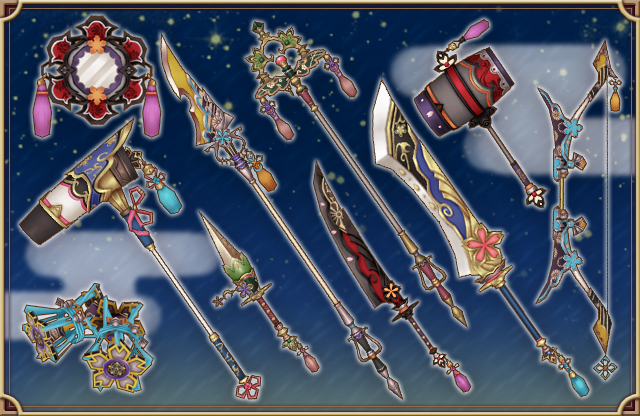 Moon Dance
Weapons from the "Moon Dance" series have a special effect to benefit you on battles with Area Boss "Dilitherio"! 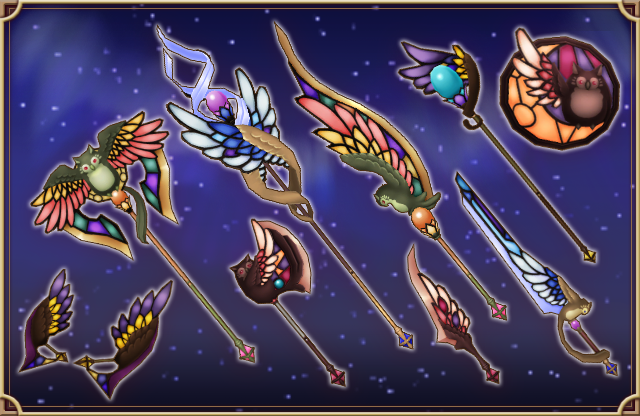 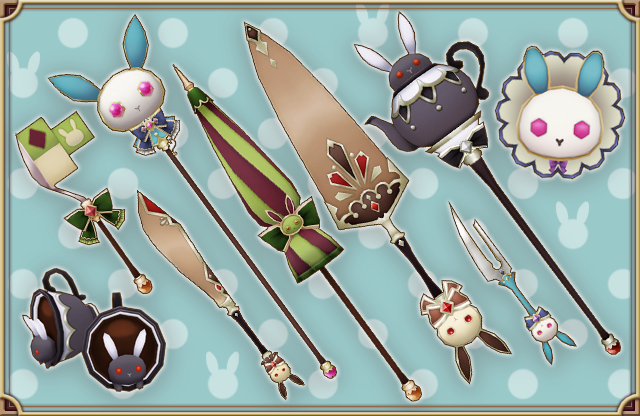 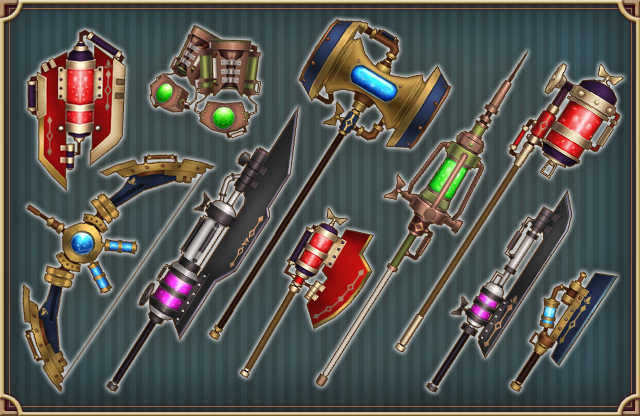 Weapons from "Compression Mechanism" series have a special effect to benefit you on battles with Area Boss "Ocypete"! 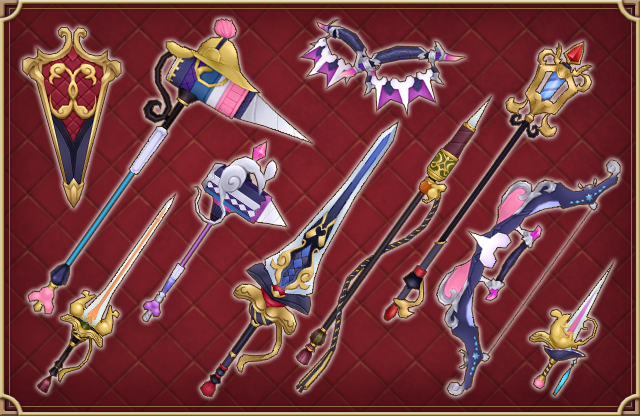 Weapons from "Marche de Solder" series have a special effect to benefit you on battles with Area Boss "Duroc"!

Weapons from "Asteras" series and "Celestial Weapon" series also have a special effect against some Area Bosses!

・You can randomly get "Black Tourmaline" when defeating Area Boss "Ocypete" or "Duroc"
※ You can also get "Black Tourmaline" at the exchange in Tower of Time.
Collect the required number of "Krishna Quenching" that you can get at "Liz's Mystical Shop"
※ You need "Magic Coin [Bronze]" to exchange for Krishna Quenching". You can get "Magic Coin [Bronze]" from clearing Party Dungeons, defeating Area Bosses or defeating the Boss at the Tower Basement.
・Talk to NPC "Sumina" at the Enhancement Center after you have collected the materials

What's Awakened Gear?
With a special material you can Awake some Gear that have hit the Limit Break and been enhanced to the maximum level.
You abilities will improve by the Awakened Gear.

This time the Awakaened Gear for "Ousia series" will have two types to choose from, "Nova" rasing damasge and "Chaos" rasing the damage limit. 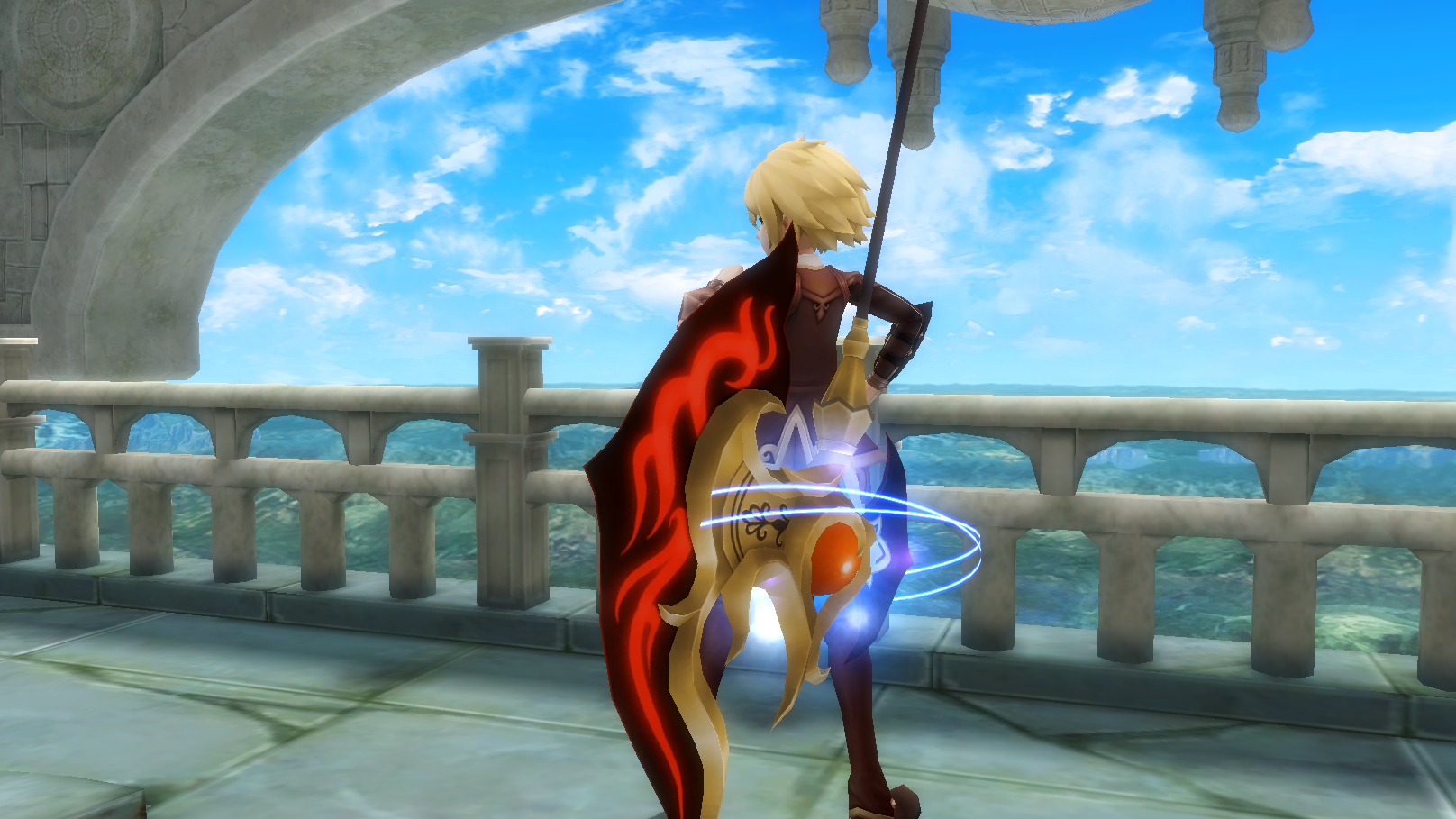 Awakened effect
・Enhanced abilities
・Passive effect of the increased damage (invalid for sub gear)）
・Adding effects to Gear
Enhancing materials
・Orbs of the same element as the Gear x300
・Spiritual Powder of Fodina x1
┗※ Can be exchanged for Magic Coins at "Liz’s Mystical Shop"
・Nova Crystal x1
┗※ Can be exchanged for Time Skip Coins(Dawn) with the mysterious merchant at the exchange in Tower of Time 1F
・Enhance fee: 100,000 Zell

How to create the Awakened Gear

2. The Gear that can be Awakened will be displayed on the window

3. Select Gear and the Awake button will be displayed if you have the necessary materials.

4. Press the Awake button and when you meet all the conditions, a list of items to be used will be displayed. Confirm and the Gear will be Awakened.


Warnings
※ Once Awakened Gear cannot be changed back to the stage before Awakening.
You also cannot change the type after Awakening
※ The item ability may change due to balance adjustment etc.