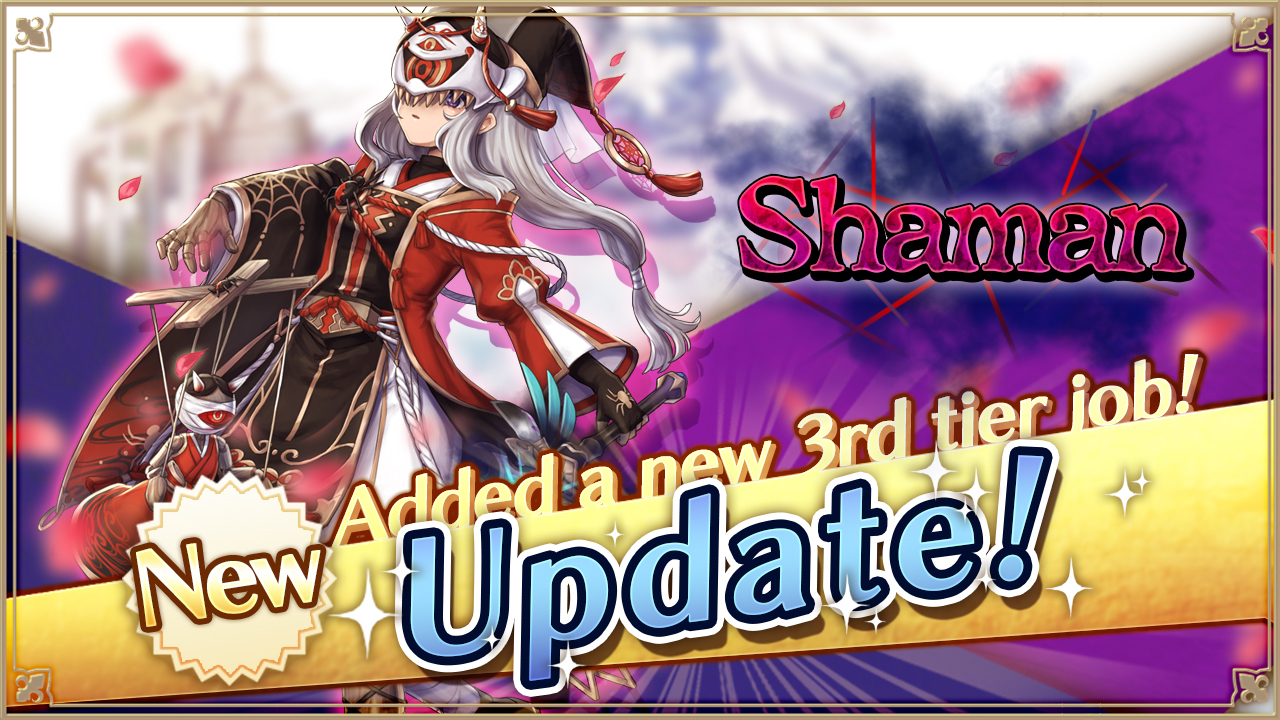 Only a handful of Explorers with the right mindset and skills can surpass the tough trials that await them.


About Shaman
Shaman. A demon who is the core of calamity and its overflowing resentment creates trouble all around.

◆Where to Change Jobs
Accept the job quest for "Shaman" from Kaho at the Tavern in the State of Abul. After clearing it you can change your job.

Adds a Grudge Mark when using Cursed Hour during the effect and adds Grudge after the effect [Dagger Only] [Conjurer Type Only]
※It is not possible to add "Vindictive Sword" again until the "Grudge" effect runs off.

【4/14 Fixed】Reduced ATK on all enemies Reduced ATK on one enemy and adds an effect after. Boosted effect when adding Grudge Mark to the target [Dagger Only] [Conjurer Type Only]
※Triggers "Calamity" to target enemies right before the reduced ATK effect runs off.
※【4/14 Fixed】There was a mistake in the skill description in the game and in this notice, which we have fixed it. The description in the game will be corrected at a later date

Adds Weeping Soul with different effects to all. Boosted effect when adding a Grudge Mark and Calamity [Dagger Only] [Conjurer Type Only]
Back to the List