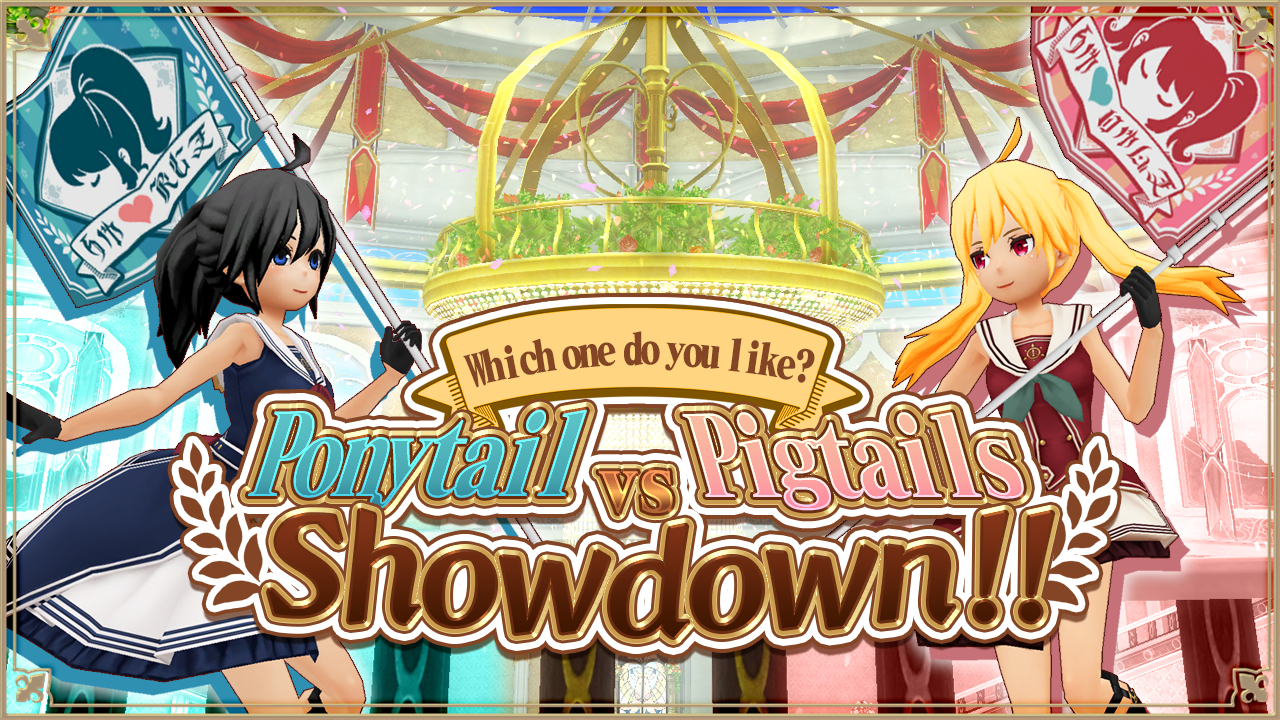 Thank you for voting for Ponytail vs Pigtails Showdown!!
And the winner is "Ponytail"!

The voting period for "Ponytail vs Pigtails Showdown" has ended on August 28, 23:59 (JST).
Thank you for voting!

We will announce the results on "Bemmochan" scheduled for the first week of September 2019.
Stay tuned for the results!


Currelntly [Ponytail is winning!]
Will Pigtails catch up during the second half!?

Rough draft of the winning reward! 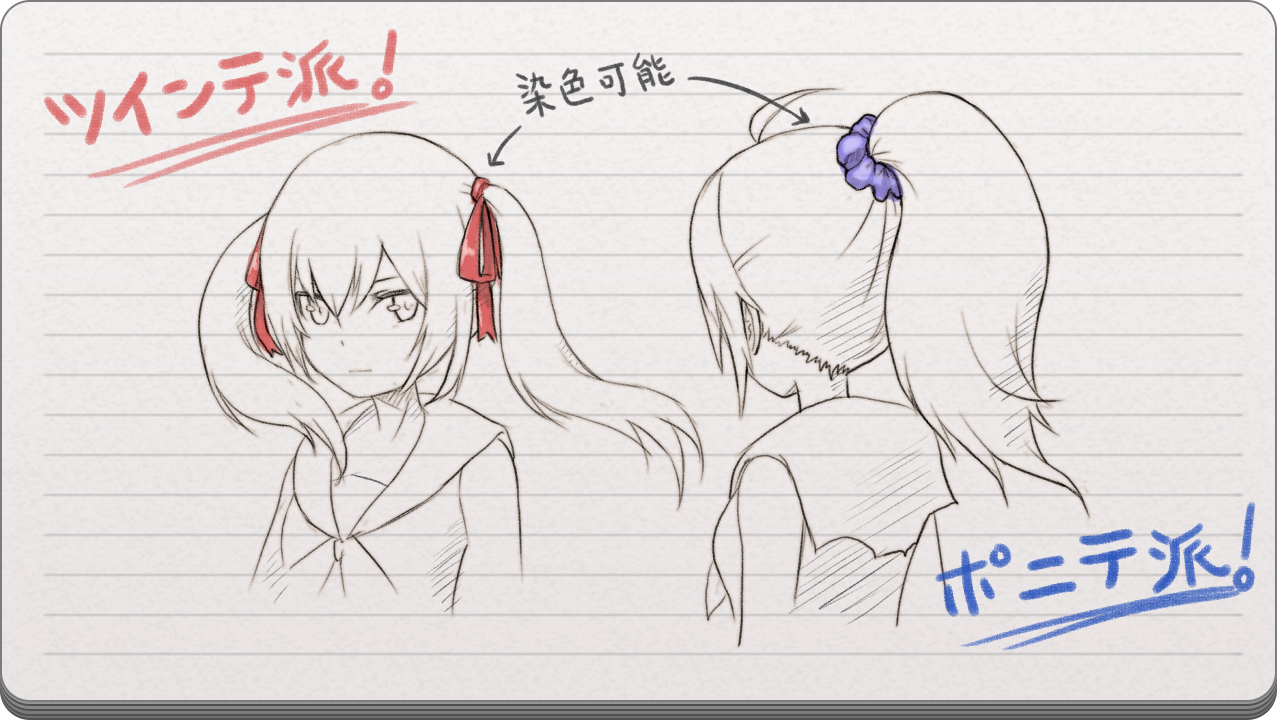 All players will get an accessory to match the winning hairstyle!
Don't miss the final results!

To celebrate the implementation of the "New Hairstyle System" we will hold a voting type event "Ponytail vs Pigtails Showdown!!"!

Newly added "Extra Hair" on the Beauty Room
includes two hairstyles "Ponytail" and "Pigtails".
"1 tail" or "2 tails"
The more the better? The more the stronger?

Which one do you Explorers prefer?

Even you guys who may think "I don’t know"...please join anyways!

①Which one do you like? Vote!
Which do you prefer? Ponytail or Pigtails?
Vote for the hairstyle you like.

Voting results...
All players will receive an accessory that matches the winning hairstyle!


Vote
During the event period, NPC "Pony" and "Piggie" will appear in Duchy of Schlinger to assist you in voting.

One "Ponytail/Pigtails Vote" will be distributed once in both "First Half" and "Second Half", which means that you can vote two times.
※"Ponytail Flag" and "Pigtails Flag" can be obtained after the event.

Vote Results!
The results will be announced on "Bimochan broadcast" scheduled for the first week of September 2019.

We will make a midterm annoucement of the [First Half] on August 22 (Thursday).
We will also release a draft of the accessories to fit the winning hairstyle! Don’t miss it!